The Alberta oil sands are not only doing important work with their in situ mining, open pit mining, and research into finding an alternative to natural gas, they also provide more oil to the United States than Saudi Arabia does – to the tune of 1.5 million barrels per day. By 2019, that number is expected to reach 3.3 million barrels per day.

In situ mining versus open-pit mining 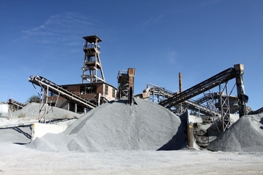 Open pit mines are often called quarries. It is a type of surface mining, meaning that materials are extracted from an open pit. This type of mining does occur in the Alberta oil sands region, but only at a 3% rate.

The big shovels reach down into the pit and pull the oil sands out and pour them into big trucks. The oil sands are then taken to the crushers and crushed before being mixed with just the right with water and sent to the plant, where the bitumen is separated.

In situ mining, on the other hand, involves applying heat or solvents to the heavy crude or bitumen under the earth’s crust. The one used most often in Alberta’s oil sands region is steam and is referred to as SAGD (Steam Assisted Gravity Drainage).

The in situ method of drilling makes up 97% of Alberta’s oil sands recovery programs.

In fact, there are over 100 such active projects currently in Alberta. (We know you’ve explained time-and-again to your friends that open-pit mining is not a biggie in that region!)

An alternative to gas production?

Research continues in the area of finding an alternative to natural gas. Geothermal heat, if effectively managed, could provide a lower-emission option to gas.

Another area of research involves petroleum coke, which is left over from the upgrading process. It is thought that eventually it could be used to produce a synthetic gas. If this is successful, oil sand producers – like Alberta – would ultimately become a “net consumer” of natural gas instead of a “net supplier.”