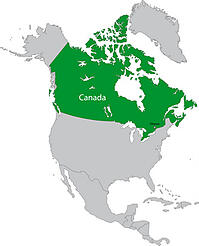 It’s no secret, of course, except to those who fail to do their homework at night by kerosene lantern in their Quonset hut, but Canada has about 173 billion barrels of heavy oil underneath her.

The future of oil sands

It isn’t all smooth sailing

Heavy crude, of course, needs to be diluted before it can enter the pipelines. But where is the pipeline infrastructure? It was, in fact, the lack of pipelines to carry the crude out of the oil sand regions that caused the crude to trade at a “$15-$20 discount West Texas Intermediate” in mid-November.

The focal point of pumping crude is Suncor’s projects in the Fort Hills area, which are expected to begin producing by the end of 2017. Then it should hit a 90% of capacity within 12 months. Fort Hills alone is expected to have a maximum capacity of 180,000 barrels per day.

Connecting Alberta to the rest of the North America

It starts with Suncor getting a better price for existing crude. Canadian Pacific and Canadian National will also be helping the refiners handle the crude oil.

Keystone or no Keystone

Fewer rail cars will be needed if the Keystone XL pipeline is actually completed. If it doesn’t happen, then the two aforementioned Canadian entities will be called upon to step in.